Now an unmissable stopover on the abbey route, the abbey of Montivilliers was the driving force behind an economic development that reached its peak in the 14th century. The tannery and drapery are its artisanal jewels.

The city’s fabrics, exported throughout Europe, are reputed to be the most beautiful in France. The creation of the Port of Le Havre in 1517 sounded the death knell for these activities. Later, the French Revolution marked the final departure of the nuns. 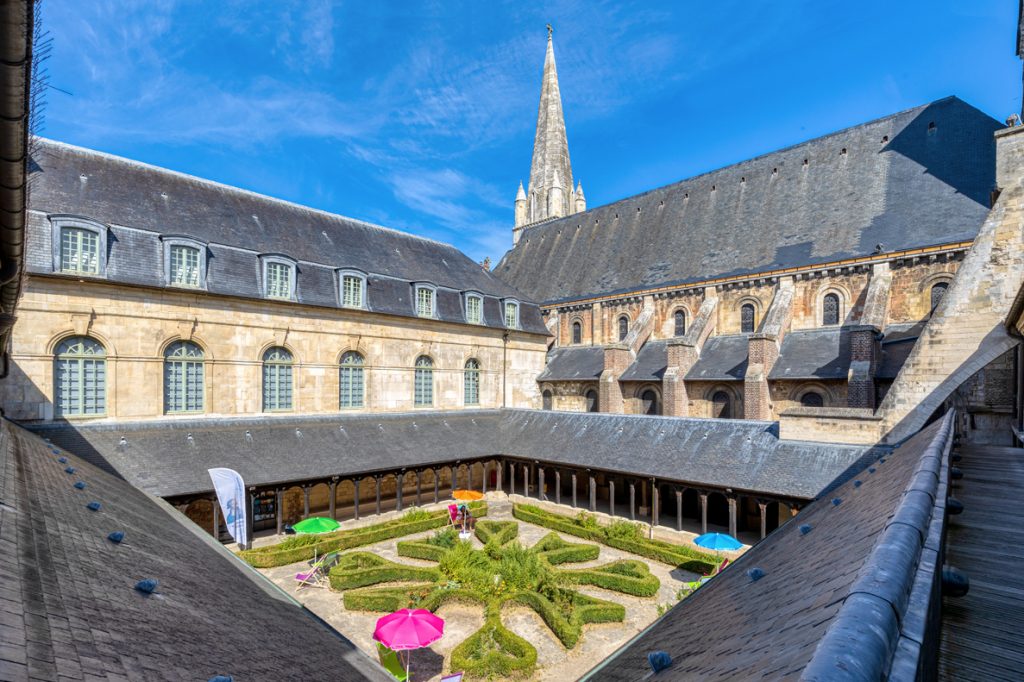 Montivilliers, the town of the abbesses

Two centuries later, after many adventures, the buildings began a new life, allowing the second city of the Urban Community Le Havre Seine Métropole to reconnect with its rich past.

Remarkably restored, the abbey is the subject of a scenographic tour evoking its history and highlighting the importance of its presence in the development of the region. The discovery of the Cloister, the chapter house, the 12th- and 16th-century dormitories, the refectory (now an exhibition space) and finally the abbess’s dwelling (now a library) give an insight into life in an abbey.

In the lineage of the great Norman Romanesque churches of the 11th century, initially only the nuns could use it.

It then became accessible to the parishioners. 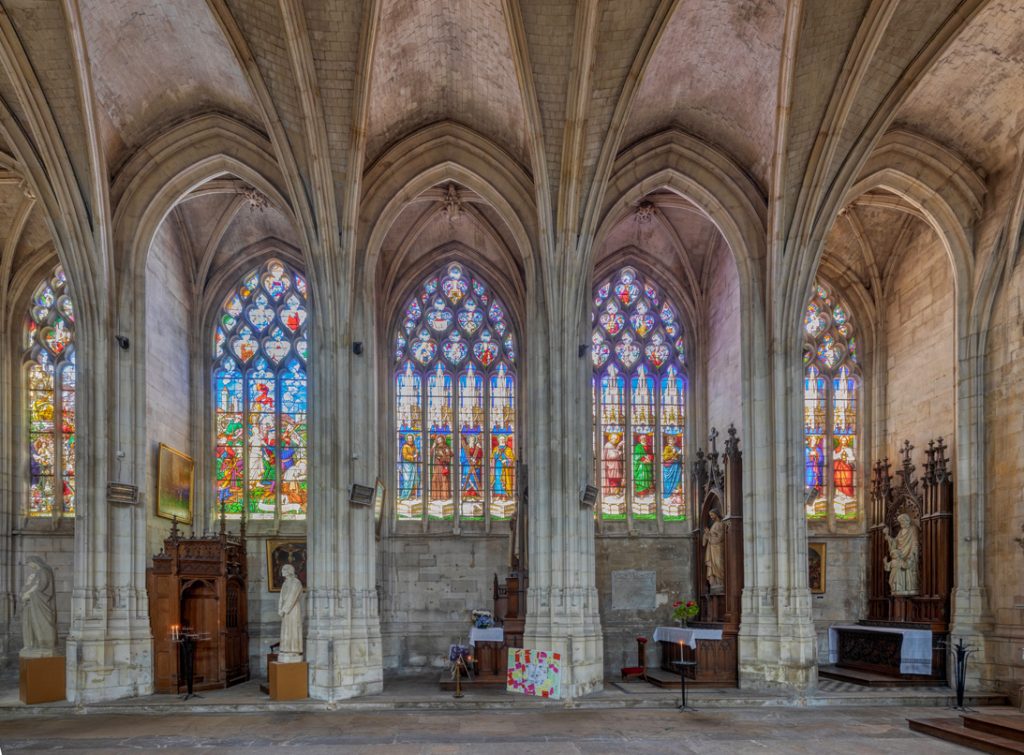 In the 15th century, the main cemetery of Montivilliers was moved to the heights of the town. In the 16th century, a roofed gallery was added to protect the population during religious ceremonies. Topped by a loft, it is also used to receive the bones collected during exhumations.

Exceptional in its structure including a chapel and its sculpted representations, the Aître de Brisgaret has been classified as a historical monument since 1886. The decoration recalls on the one hand the functions of the site (ossuary) and on the other hand the symbolism of the Passion of Christ. 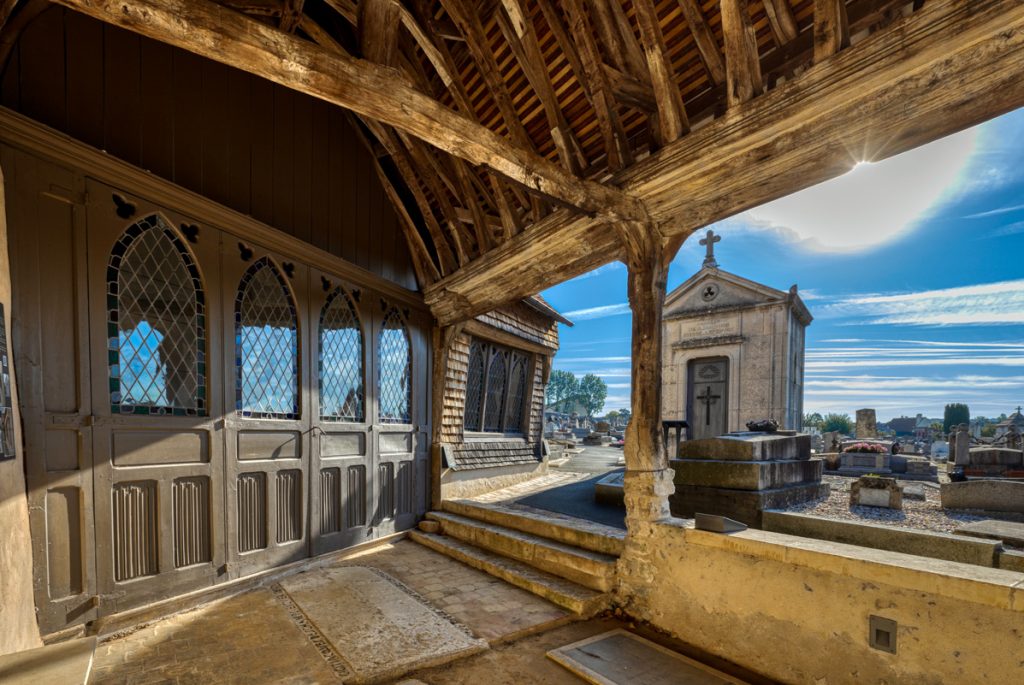 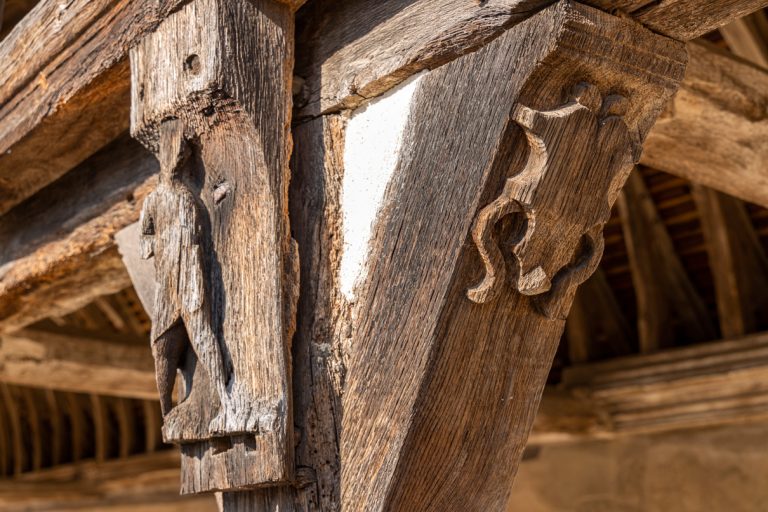 Added to this are representations of Death as it was usually depicted in the Middle Ages. These macabre elements can also be found in the Aître St Maclou in Rouen, built at the same time. These two Aîtres are, along with that of Monfort l’Amaury, the last visible evidence of mass graves with galleries installed in a cemetery. 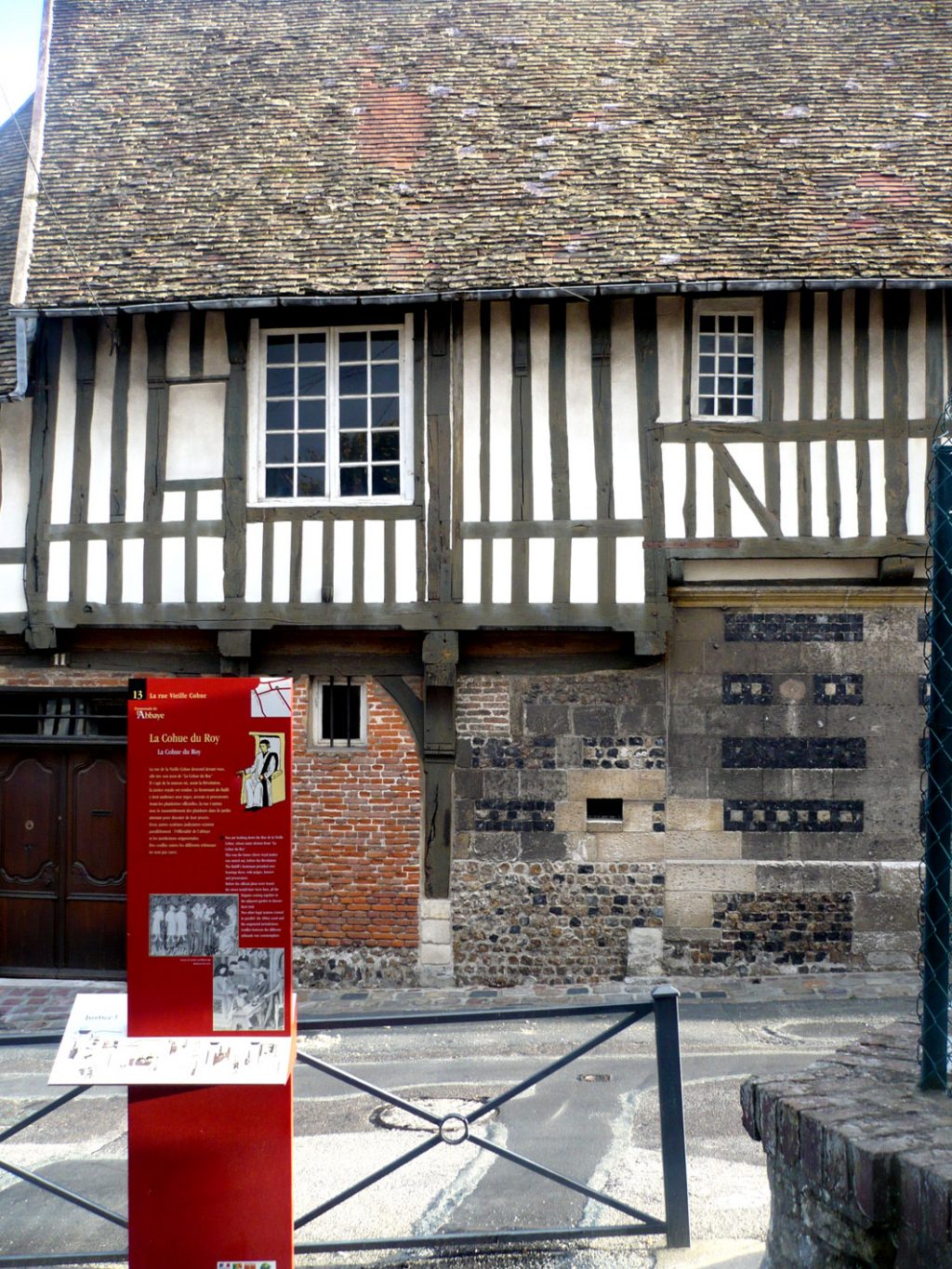 The Protestant temple of Montivilliers -Built under Louis XVI, always dedicated to worship, built in an oval, architectural originality of which it remains the only surviving witness, it marks the importance of the Protestant presence in the town of Montivilliers. It houses a wonderful organ dating from the first third of the 19th century from the old Lutheran temple of Elbeuf.

Les hallettes – These small wooden shops (dating from the 19th century) are the remains of the medieval stalls leaning against the outer wall of the abbey. Leased to merchants for payment of a “stall fee”, they meant they could trade and display their wares. Today, they are occupied by artists and craftsmen.

L’Hôtel Dieu – The House of God founded in 1241 on the initiative of Abbess Marguerite de Sargines, it was intended to receive the poor and sick. Today, only the main building remains and its role is quite different. It has become the Maison des Arts, and is home to music, theatre and dance schools.

The ramparts – Built in the second half of the fourteenth century to protect itself in vain from English invaders who were responsible twice for sacking the city, its usefulness is no longer relevant at the end of the Hundred Years’ War. Dismantled little by little over the centuries to be used as a stone quarry, only a few visible traces remain in Rue Victor Hugo.

Montivilliers has two weekly markets, real places of friendly interaction and exchange. Vegetables, fruit, meat, fish, bread, cheese, wine … so many local organic products, highlighting the know-how of local producers. The town of Montivilliers is taking part in the operation “J’aime mon marché” (I love my market) promoting the history, importance and modernity of this short distribution circuit. 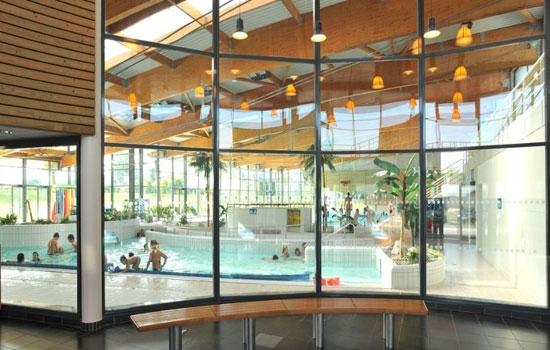