Of course, Auguste Perret is the architectural benchmark of Le Havre because it is to him and his workshop (made up of about a hundred architects) that we owe the reconstruction of the city and its recognition by Unesco, fifty years later.

But this drive for modernity has continued with major names such as Oscar Niemeyer and Jean Nouvel, as well as others who, although less well known in the media, are very talented. 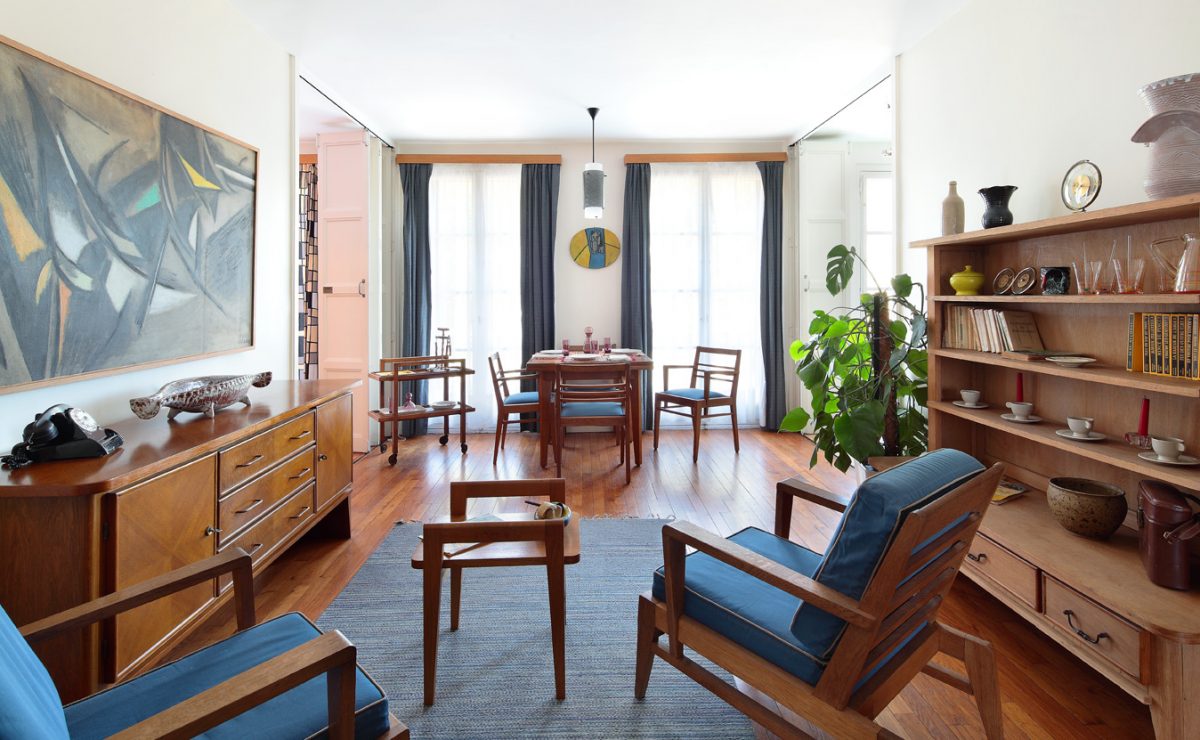 01The reconstructed centre classified by Unesco

Credit where it’s due, Perret the builder, the Master of Concrete, a material which he liked to say was the stone of the 20th century. Discovering Perret means first of all visiting the show apartment, a showcase of the lifestyle and designers of the 50s. After that, your tour can begin because strong walkers on this route will have all the keys to appreciate and see the details and characteristics (the 6.24m grid, the bush-hammered, washed concrete, the columns and their capitals…) of the ISAIs (Buildings without Individual Allocation), the City Hall, Avenue Foch, the Church of St Joseph (in collaboration with Master Glassmaker Marguerite Huré), Porte Océane (opening onto the beach and sea) of the South seafront (facing the English Channel basin), and finally, Rue de Paris and its arcades. A wonderful circuit in prospect. 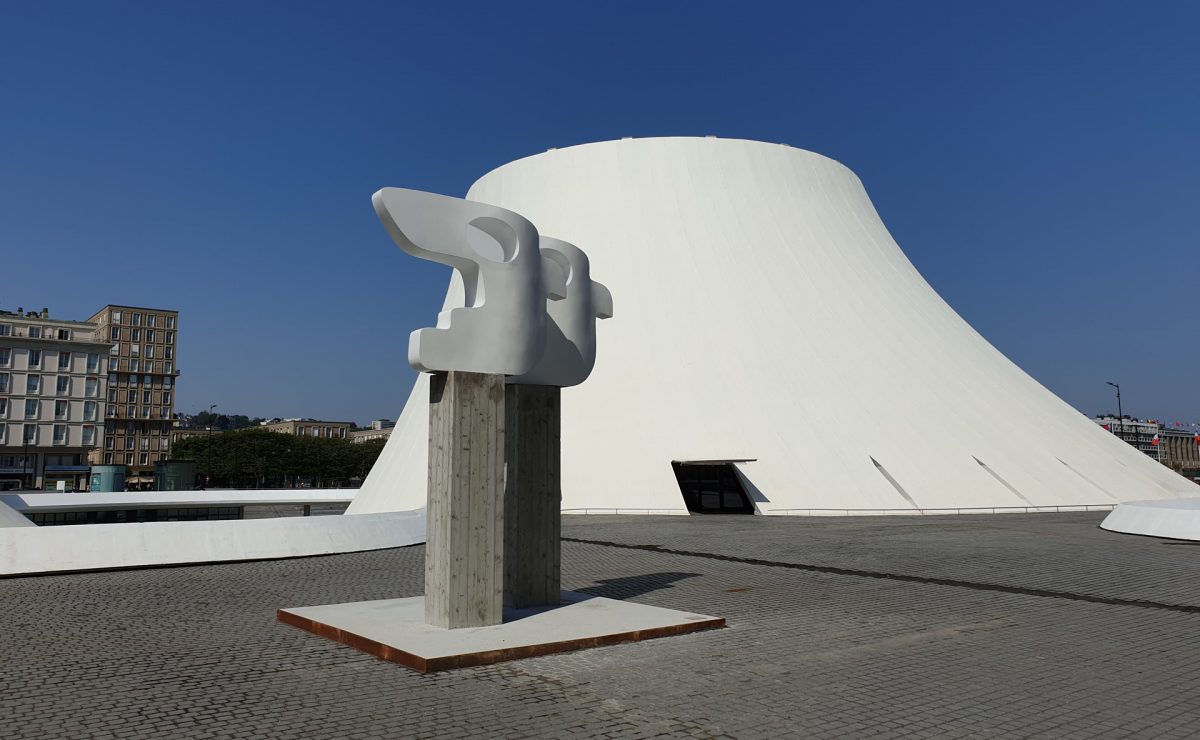 02Oscar Niemeyer and the Volcan

The builder from Brasilia liked to tell journalists that Le Havre’s design was his favourite!

This space, whose concrete railings recall, seen from above, the silhouette of a dove, is a meeting place dedicated to culture. A majestic auditorium (national stage), a library as surprising as it is seductive, where it’s pleasant to sit in comfortable armchairs to read a magazine, listen to a record…or have tea and pastries in the cafeteria. 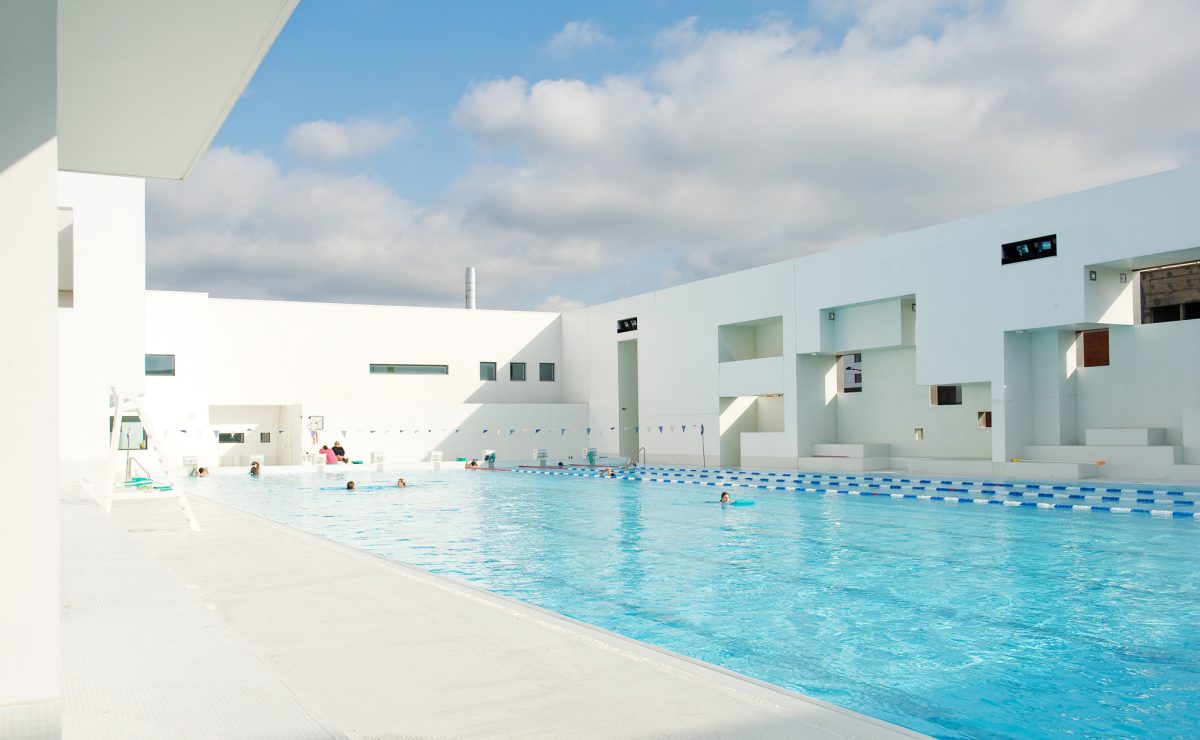 This building near the Docks Vauban and Carré des Docks appears as dark on the outside with its anthracite colour as it is light inside with its white, pearly mosaics. The place is fascinating for its geometry, its different areas allowing the most active to practise their preferred discipline and the more contemplative to enjoy the terraces to get a tan, get some exercise in the pool but in easy mode, relax and soothe away their pain through balneotherapy. Inspired by the Roman thermal baths, this aquatic complex plays with light, lines and volumes. With a dozen or so pools and play areas, everyone will find something they like here. 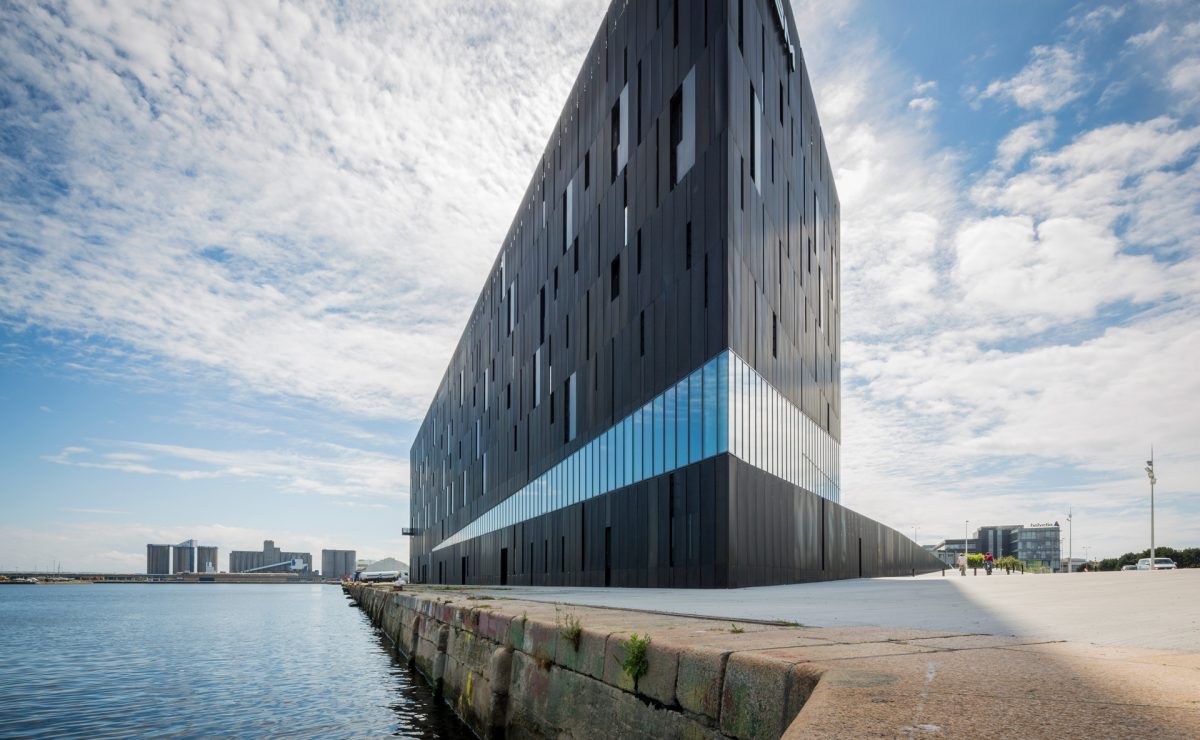 04Around the Bains des Docks

This district is a reconquest of the city on the port area abandoned because of the gigantic cargo ships. Ambitious architectural projects were born here, such as the Congress Centre, the Vauban Docks, and the schools of higher education: Ecole Nationale Supérieure Maritime, Sciences Po Asia, Ecole de Management de Normandie and the Cité Numérique.

The Chamber of Commerce has left its historic premises from the reconstruction of the 1950s (now the Casino) for an elegant building playing on transparency located at the end of the Vauban Basin. 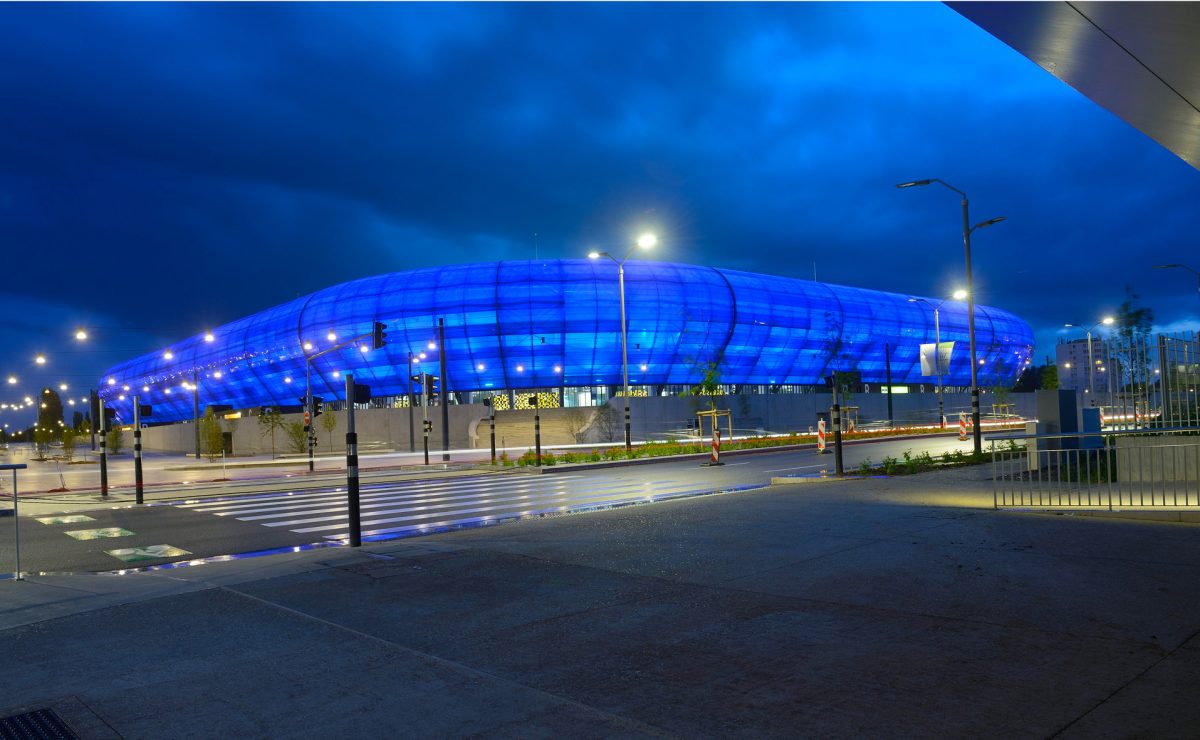 05At the city-port interface

On the Quai de Saône, students benefit from original accommodation with the identity of the port activity in the A Docks City, the first and original student residence built in France from containers.

Finally, the Stade Océane is the architectural showcase worthy of Le Havre Athlétic Club, the oldest French football club. Winner of international awards for the quality and originality of the project. Located at the entrance to the city, it is also a signal of the Urban Community. 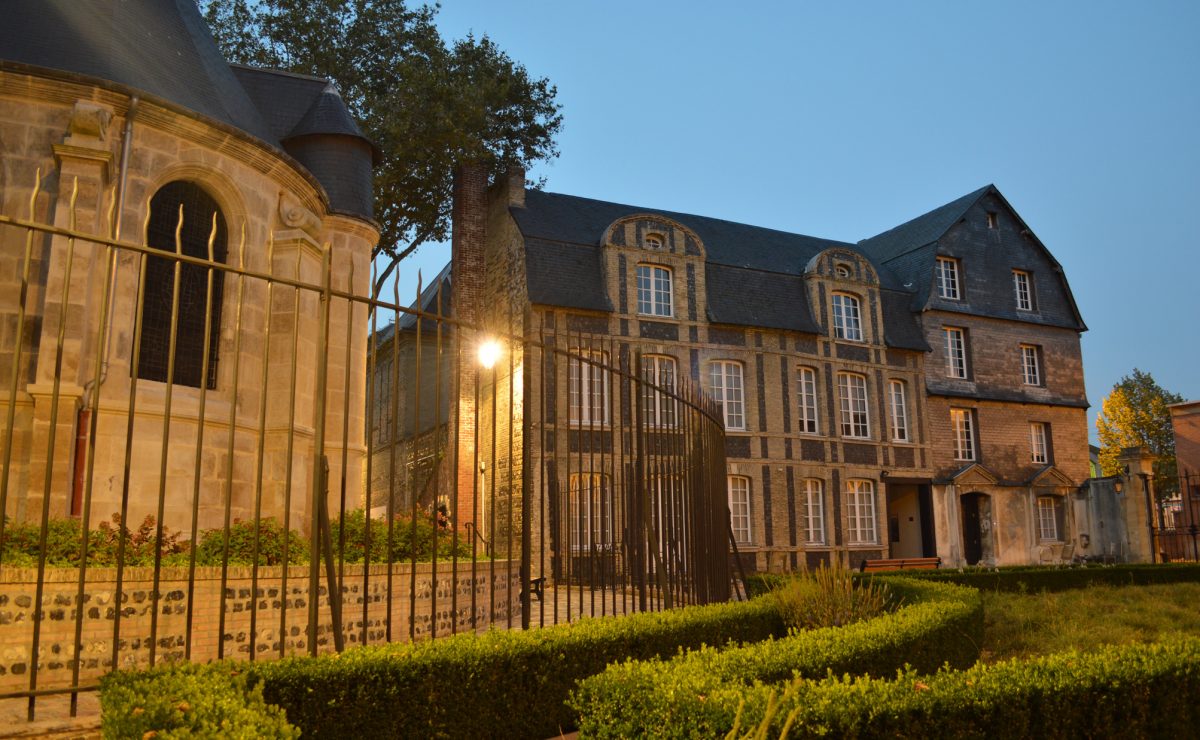 Although Le Havre was largely razed to the ground in September 1944, there are still some buildings that represent its past: The Notre-Dame Cathedral (16th century) located in the heart of the Perret reconstruction, a little further on in the Saint François district, the Shipowner’s House (late 17th century) and the Dubocage de Bléville Hotel (17th century), which have both become historical museums.

The Art Nouveau style can be seen on the buildings of the former Jean Macé school (Les Enfants Sages restaurant), in some villas but especially in the iconic building on Rue Champlain (facing the beach) built by William Cargill for the father of the painter Georges Braque.

The decorative art of the 1930s can be observed around the Cours de la République: the station, the swimming pool whose facade is decorated with two works by Alphonse Saladin (sculptor and curator of the museum between 1925 and 1951), as well as facing the marina (Transatlantique building by Henri Daigue).

Strolling along Boulevard de Strasbourg gives a partial idea of what Le Havre was like at the end of the 19th century until 1940. Several buildings with a “bourgeois” spirit offer beautiful facades to enjoy. 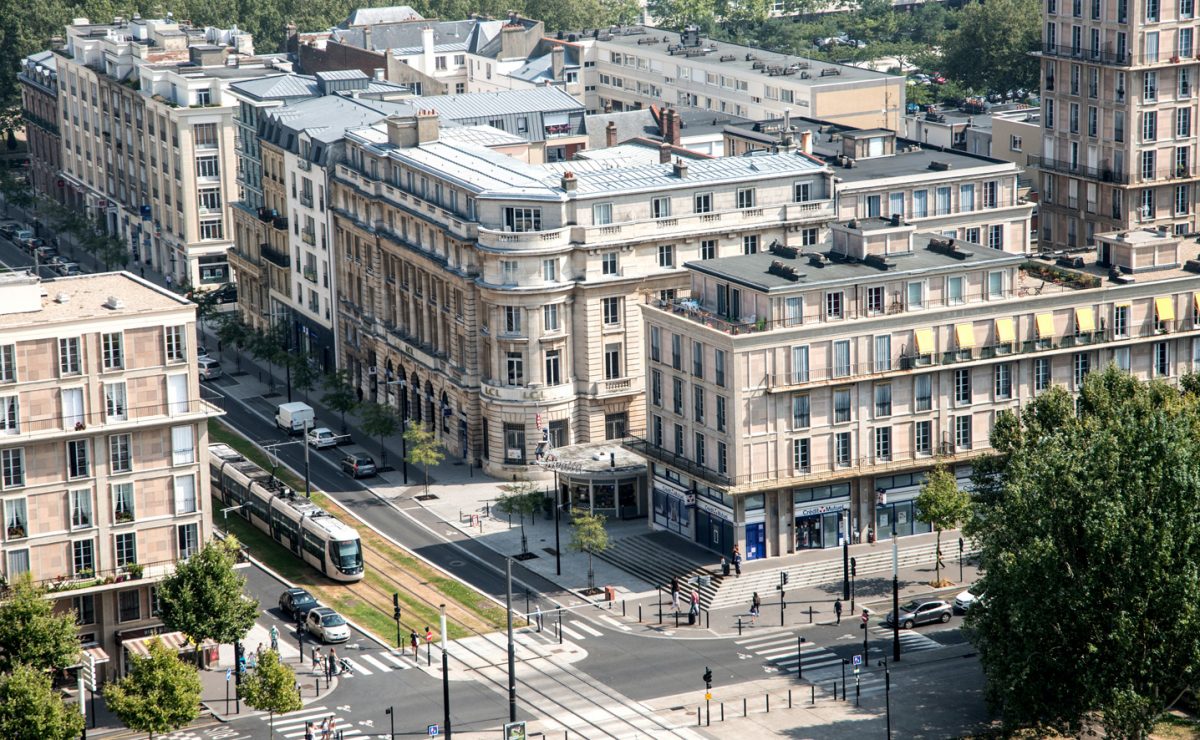 The decorative art of the 1930s can be seen around the Cours de la République: the railway station, the swimming pool whose facade is adorned with two works by Alphonse Saladin (sculptor and curator of the museum between 1925 and 1951) but also opposite the marina (Henri Daigue’s Transatlantic Building).

Strolling along the Boulevard de Strasbourg gives you a partial idea of what Le Havre was at the end of the 19th century until 1940. Some «bourgeois» buildings offer nice facades.