Exhibition: “Meteorites, between sky and earth” 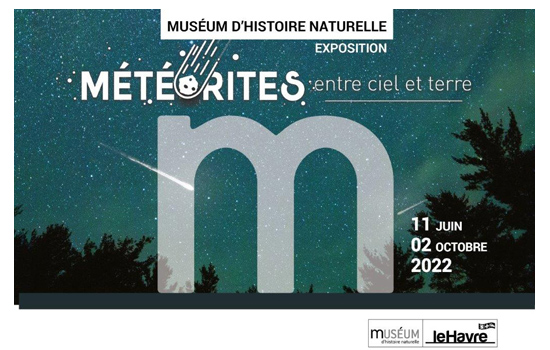 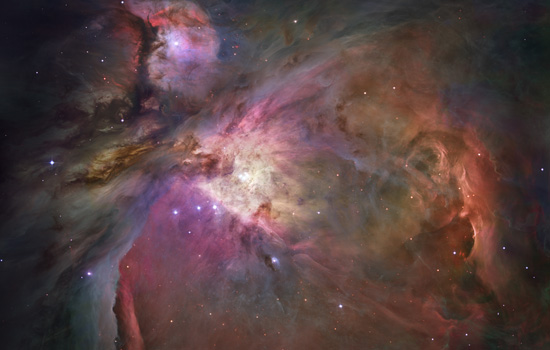 From falls to finds, from myths to reality, where do meteorites come from and what do they tell us? So many questions that will find answers in the new exhibition of the Natural History Museum of Le Havre!

Stones fallen from the sky:

Stones fallen from the sky, meteorites fascinate as much as they worry. Revered for millennia, it was not until the 19th century that they were considered as scientific objects in their own right. They carry invaluable information and remain a constant source of inspiration and emotions.

Most meteorites were formed in the very earliest moments of the solar system, 4.56 billion years ago, and have barely evolved since. Their study in the laboratory thus gives access to the first million years of our solar system…

Since the 1990s, research in the field has experienced rapid growth, benefiting from the discovery of exceptional meteorites but also from the development of astronomical observations and the revival of space conquest.

By presenting these extraterrestrial stones to the public, in the light of the latest scientific advances, the exhibition “Meteorites, between heaven and earth” invites the visitor on a journey through space and time. First on Earth, around meteorite falls, from shooting stars to impact craters, and what they evoke in the imagination. Then in space, at the origins of the solar system to discover the origin and diversity of meteorites. Finally, in the world of research, from the analysis of meteorites in the laboratory to space research.

With an interactive and sensitive approach, the scenography offers an immersive journey, punctuated by the presentation of showcases of meteorites, large spectacular projections and innovative devices, in a poetic and contemporary atmosphere.

And exceptionally, meteorites are made accessible to the public: visitors can even touch a piece of the Moon and a piece of Mars!

The visitor leaves the exhibition with strong scientific messages on the history of the solar system and our place in the universe; he will have been able to marvel at objects 4.56 billion years old that have traveled hundreds of millions of kilometers before reaching us.

From scraps to finds:

Each year, more than 20,000 tons of meteorite material enter the Earth’s atmosphere. It is mainly interplanetary dust, the largest of which (about 1 mm) are at the origin of shooting stars. It is estimated that only 5 tons per year of meteorites with a mass greater than 1 kg fall, which would be equivalent to about 5,000 meteorites.

A meteoroid that arrives at more than 20 kilometers per second from space is slowed down by the Earth’s atmosphere. It heats up, its surface temperature exceeds 1,500°C and it will lose more than 90% of its mass by combustion, which manifests itself in the form of a luminous trail called a meteor. When the speed of the meteoroid decreases, the luminous phenomenon ends. As it cools, a fusion crust of a few millimeters forms on the surface. The object that reaches the ground is then called a meteorite.