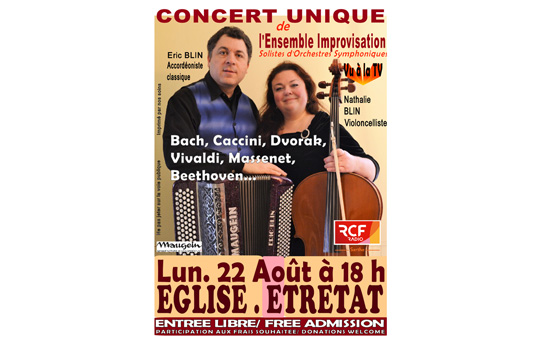 Since its creation in 2003, the talent of the members of the Ensemble Improvisation (formation with variable and original geometry) has been praised by the public. “Their strong personality, the beauty of their sound, their great precision, projected with flair and imagination and their captivating depth” have been praised by the international press. Having led a career at the highest level and a path that multiplies daring, the musicians of the Improvisation Ensemble have performed on the greatest stages where their devouring musical curiosity leads them to explore the many facets, styles and richness of the scores where the great repertoire and the masterpieces of tomorrow fraternize without complex. Also driven by a desire for transmission and meeting, the Improvisation Ensemble strives to develop moments of exchange with the public and favors long-term projects. He puts the same will to build a demanding and eclectic discography according to a beautiful rhythm: three discs in 4 years.