You want to understand the city of Le Havre, but don’t have much time to spare? From the 17th floor of the Town Hall tower, everything becomes clear, everything makes sense!

The 72-metre-high tower building and its 17th-floor balcony, which houses the offices of various municipal departments, offer a breathtaking view. Its tremendous panorama opens onto the city, the port, Sainte-Adresse and, beyond, the Seine and its estuary spanned by the elegant Normandy Bridge, the Normandy coast and the famous Honfleur, Trouville, Deauville, so close as the crow flies.

But let’s come back to Le Havre, and more particularly to the centre listed as a World Heritage Site by UNESCO. At the foot of the Town Hall is a forecourt of imposing dimensions, positioning the square as one of the largest in Europe.

Straight ahead, the eye is immediately attracted at the end of Rue de Paris by the “Catène de conteneurs”, a colourful work by Vincent Ganivet which has become emblematic of Le Havre and its port, created as part of the 500th anniversary of Le Havre and “Un été au Havre” (One Summer in Le Havre).

This major axis draws the first vector of the triangle formed and closed off by Boulevard François 1er where the Church of St Joseph is located, a masterpiece of the architect who reconstructed Le Havre, Auguste Perret, and Avenue Foch, otherwise known as “the Champs-Elysées of Le Havre”, leading straight to the sea and the Porte Océane.

From the Town Hall’s tower, the city, the port and beyond

This panorama, so expansive, reveals in a single lift of the curtain, the differences in style between the upper and lower town and those of its neighbour Sainte-Adresse, so rich in villas from the 19th century… It is a city where life is good, where the wide roads allow a fluid flow of traffic, and where the numerous green spaces and sea front offer such pleasant places to walk. You’ll also find an active city, and may be lucky enough to see a liner calling at the entrance to the port, or other ships, commercial vessels, entering or leaving Le Havre, the first port of France for container traffic.

To visit the 17th floor of the Town Hall and enjoy this quite exceptional experience, you need to register for the tours organised by the Pays d’Art et d’Histoire.

A guide will accompany you and provide all the information you need to decipher the urban landscape, understand its history since its creation in 1517 and how it has evolved into what we see today. 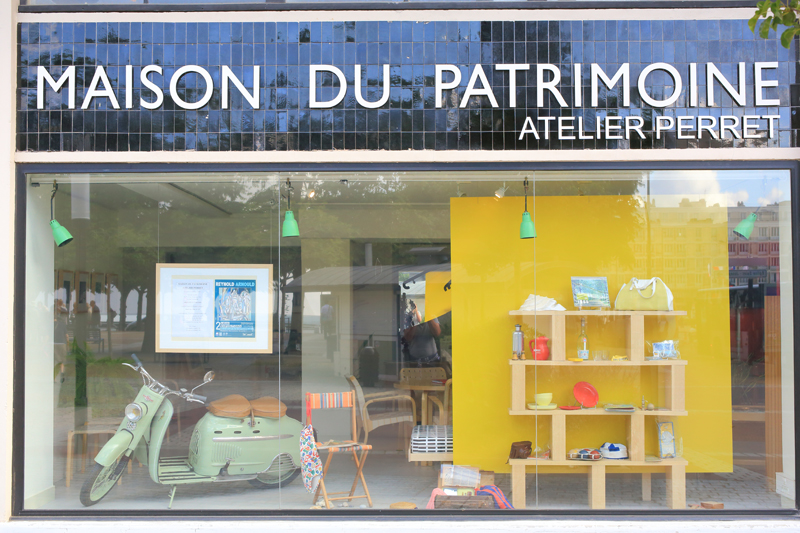